Cabbage is a popular cultivar of the species Brassica oleracea Linne (Capitata Group) of the Family Brassicaceae (or Cruciferae) and is used as a leafy green vegetable. It is a herbaceous, biennial,dicotyledonous flowering plantdistinguished by a short stem upon which is crowded a mass of leaves, usually green but in some varieties red or purplish, which while immature form a characteristic compact, globular cluster (cabbagehead).

Cabbage is a popular vegetable that is a relative to mustard greens and also to the turnipfamily. Its scientific name is Brassica oleracea, and within this group there are two main varieties: early and late. Early cabbage reaches maturity in just over 40 days and has a small, tight head, while the late variant takes longer to grow almost 90 days and has a much larger head. In general, only the center section the head is eaten. 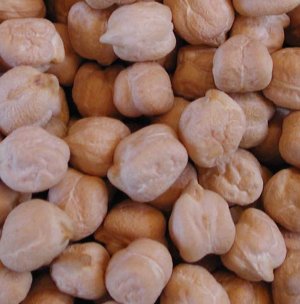 A Chickpea is a yellow edible vegetable which can be used forcooking. …

This site uses Akismet to reduce spam. Learn how your comment data is processed.

Our website is made possible by displaying online advertisements to our visitors. Please consider supporting us by disabling your ad blocker.